Paul Alexander’s music infuses western classical music with combustible elements of Eastern European, Cuban, African, and Indian rhythm and dance. The evocative melodies which permeate his works make sophisticated use of modal melodic constructions and syncopated rhythms found throughout the world. The music made from these core materials unfolds a dynamic, theatrical narrative that through its essential beauty and sensuality tells of our lives in the manner of dreams and visions. 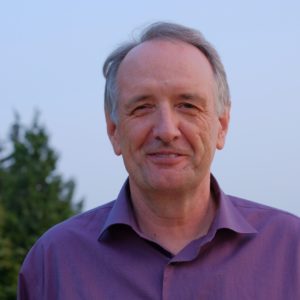 Education
Paul started music learning at the age of 10, composing at the age of 16, and playing the cello shortly after. At the University of British Columbia he studied cello with Parry Karp and Eric Wilson and composition with David Liang and Elliot Weisgarber on the way to a Bachelor of Music degree. He also studied African music with West African Master Drummers Modesto Amagago and Fana Soro, African Zimbabwean Marimba music with Farai Gezi, Paul Mataruse, and Farai Chakabuda, and Brazilian music with Celso Machado. He has a PBD from Simon Fraser University in Music Education as well as professional training as a music educator. Paul founded the Vancouver Pro Musica Society in 1984 and held the positions of president and artistic director, leading the organization with a mandate to address the crisis in classical music and meet an emerging need for a new tonal and melodic music repertoire for performing classical musicians. In 1995 he founded the World Music Continuum which addresses the incorporation of world music in music education and the professional training and development of teachers in this area. 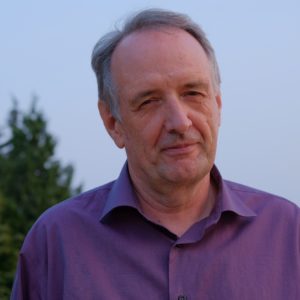 Composing
Paul’s music have been played in Vancouver, Toronto, Vienna, Mainz, Trondheim, Krakow, Harare, and New York where his Cuban influenced string music, played by the String Orchestra of New York City (SONYC), was well reviewed in the New York Times by Alan Kozinn in 2008. His music has also been featured in classical and world music festivals in British Columbia and Ontario including the 2015 Gulf Islands Giambori Festival, multiple performances in the Vancouver Pro Musica Sonic Boom Festival, the 2014 Sechelt Arts Festival, and the 2013 Toronto Latin Music Festival. As both Artistic Director and composer, Paul collaborated with the Borealis String Quartet to design and direct the research-based multimedia production Remembering Steel Skies Raining Tears which honoured child survivors of the Holocaust and which included the performance of his Jewish-Romanian style work for string quartet and cello of the same name, as well as other original music. This moving and innovative production premiered with great acclaim and enthusiasm at the 2015 Chutzpah! Festival in Vancouver. The new String quartet version of Remembering Steel Skies Raining Tears was toured by the Borealis String Quartet through Norway, Demark, Germany, Poland, and Vienna, Austria in April 2018. In 2016 Paul was invited to join the 2016 Nature, Art, and Habitat Residency in the Taleggio Valley, District of Bergamo, in Northern Italy. This program is focussed on the relationship of humanity and the natural world and the expression of that relationship in the arts, architecture, and ecology. During this period he worked with artists and scholars from all over the world on some of the most challenging contemporary social, ecological, and artistic topics. Paul has also been commissioned to write music for multicultural performance in the dance field, particularly in partnership with Indian Bharata Natyam dancer Sudnya Naik. As well he has also worked as an orchestrator in the field of film music with credits for Canadian films such as the Gemini and Peabody award wining mini-series Human Cargo, Murder Unveiled, and The French Guy.

I look forward to hearing from you! Fill out the contact form and I will get back to you.